Typically, it wouldn't require a scientific study to convince us of the profound impact of music. Whether it's a favorite playlist that gets you to the gym on a rainy morning or a nostalgic tune that peps up your workday commute, the right music can be a day changer. 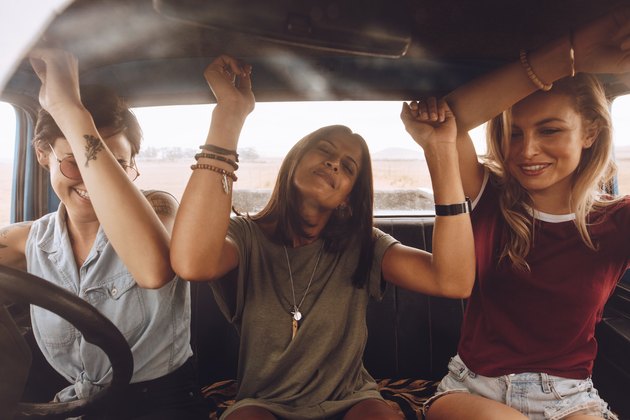 Yep, listening to your favorite music can boost your health. (Image: jacoblund/iStock/GettyImages)

But it's more than just a boon to our emotional health; music can have transformative effects on our physical and mental well-being too. Here's a look at some of the biggest benefits listening to music has to offer, and in case you need convincing, the science behind it too.

From the start, music can help babies' cognitive abilities flourish. A 2016 study from the University of Washington's Institute for Learning and Brain Sciences found that babies who participated in music sessions (as opposed to just play sessions) had stronger responses in the auditory cortex and the prefrontal cortex, which controls attention and detects patterns.

Researchers believe that the rhythmic patterns of music may bolster a child's speech along with the ability to detect and react quickly to patterns — a skill researchers say may have a "long-lasting effect on learning."

The reason for that sudden uplifted mood once your favorite song starts playing? It causes the brain to release dopamine — the "pleasure" chemical. In fact, the more you anticipate a particular song, the greater the dopamine high. In addition to helping boost a melancholy mood, a 2011 study from The British Journal of Psychiatry found that music, especially making music, even has the power to treat depression.

And yet another 2011 study from the University of Groningen found that listening to upbeat music actually has the power to transform a person's outlook on life. So if you want to start seeing more sunshine and rainbows and less doom and gloom, give your playlist a makeover. A few positive-outlook suggestions? "Happy" by Pharrell or "Beautiful Day" by U2.

Instead of listening to the constant whirs and beeps of machines in an intensive care unit, a 2013 study from the University of Minnesota found that listening to music 80 minutes each day helped reduce patients' anxiety levels by 19 percent, leading to 37 percent less anti-anxiety medication.

The power music had on the ICU patients was twofold, according to the researchers. First, it empowered the patients to choose what they wanted to listen to, which was monumental during a time when they needed help to do everything else. And second, it encouraged them to relax.

If you want a healthy ticker, slap some Mozart on the turntable. Among some of the most recent research on music and health is the correlation between cardiovascular health and classical music — particularly the works of Mozart and Strauss.

According to a 2016 study out of Ruhr University Bochum, participants' had reduced cortisol (or stress hormone) concentrations along with lower blood pressure and heart rates after listening to 25 minutes of these classical composers. The song that had the strongest effect on participants' cardiovascular health? Mozart's Symphony No. 40 in G Minor.

Whenever pushing "start" on the treadmill feels like a near-impossible feat, push "play" first. A 2012 study from the International Review of Sport and Exercise Psychology found that listening to music while working out produces "higher than expected levels of endurance, power, productivity and strength," so much so that it can even be classified as "a type of legal performance-enhancing drug," notes the study's author.

This is the reason why professional athletes aren't allowed to use headphones while competing in a race or sport. Even for nonathletic types, music has the ability to boost everyday activity, such as walking. One 2014 study found that pedestrians tend to walk faster when listening to music because they synchronize their gait with the music's tempo.

As cold and flu season approaches, consider adding music to your immune-boosting arsenal. A 2013 study led by McGill University's psychology department found that listening to music increases levels of immunoglobulin A, an antibody present in the digestive tract, in the lungs and on mucosal surfaces that helps prevent infections.

Meanwhile, for those battling serious illnesses like cancer, singing in a choir may be the key to keeping spirits and immunity high. And the positive effects are pretty immediate too. A 2016 study found that just one hour of singing in a choir increased immune proteins while also reducing stress and improving mood.

The ties that bind may lie in the music we share. According to a 2014 paper published in Frontiers in Psychology, singing or making music with others prompts the release of oxytocin, the "bonding" hormone, which is linked to increased trust, eye contact, facial memory and generosity.

For children, music-based activities take that social bonding an extra step forward. A 2012 study done by the University of Cambridge found that children who participated in a music class showed increased levels of empathy toward their peers at the end of the year as compared with students in classes that didn't incorporate music.

The loss of speech after a stroke or brain injury can be a debilitating setback on the road to recovery. But thanks to music, patients have shown success in regaining their communication skills. Since the left side of the brain controls speech and the right controls music, teaching patients to sing their thoughts has proven effective in helping them speak again.

Yet another therapeutic application: Music has been used to enhance the memories of those with Alzheimer's. A 2016 study conducted by University of California Irvine found that Alzheimer's patients scored higher on memory tests when they listened to classical music.

Want to get better shut-eye? Swap the screens for your stereo. A 2019 study that focused on teens with sleep disorders found that those who listened to classical music for 45 minutes before hitting the pillow experienced decreased anxiety, blood pressure and heart and respiratory rates.

This led to significantly better sleep as compared with those who listened to audiobooks or nothing at all. Researchers surmise that music's ability to help the muscles relax while simultaneously distracting the mind is the winning combination for a good night's rest.

Fine-dining establishments won't be surprised to hear that playing soft background music enhances diners' perceptions of the meal. But music does more than establish the mood — it can actually cause you to eat less. One Cornell University study from 2012 went so far to give a Hardee's fast-food restaurant a makeover, including the addition of playing soft jazz.

While researchers assumed a fine-dining atmosphere would cause people to stay longer and, thus, eat more compared with dining in a frenzied, neon-lit fast-food joint, the opposite occurred: The relaxed, musical atmosphere prompted them to slow down and eat less. 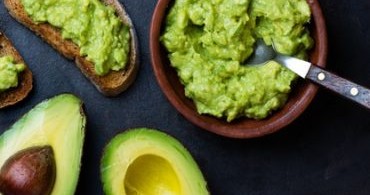 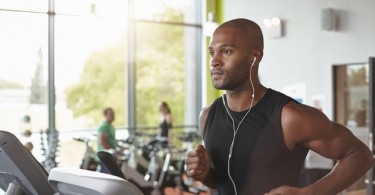 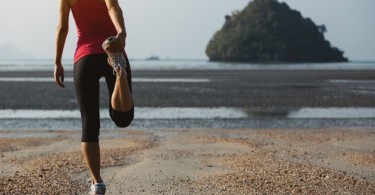 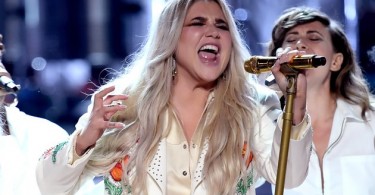